It’s time for some observance of cultural differences.  Or at least of some differences in consumption choices and social norms.  I mean, we’ve been in Spain six weeks now and so I am ready to opine.  [N.B.  The second point below may not be suitable for small children or vegetarians.]

Food Diversity.  Cheeses!  Olives!  Wines!  These are some of the local products we love.  And ham, of course, and churros and chocolate and coffee. And many tasty tapas.  Plus very delicious fruit from the Canary Islands, fresh bread at the bakeries, fresh meat and fish at the local butcher shops and fishmongers.  There is lots to like in terms of food.  Spanish food.

But there is a dearth of “foreign” food, which sometimes leaves me feeling like I’m back shopping in small town New Hampshire or Georgia in the 1970’s.  Back when, as my father’s friend used to say, they stocked Cheese Whiz in the gourmet aisle.  I mean, what’s a grocery store without mochi, kimchi and naturally-fermented kraut, at least 10 varieties of artisanal salsa, sriracha hummus, wheat grass juice, cold brew coffee,  and organic everything?   Apart from the globally-available processed-food staples such as potato chips and soda, the foreign-food shelf in a Spanish supermercado (at least in Sevilla) tends to look like this: 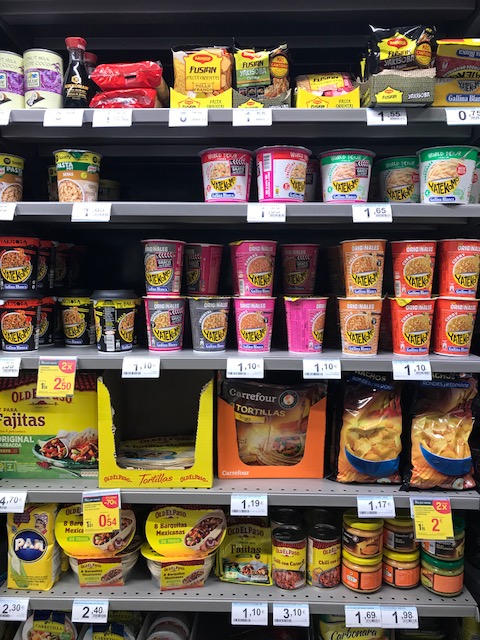 Dog Potency.  Dogs keep their balls here.  There are so many balls on the dogs that I think maybe even the female dogs in Spain are born with them.  Or maybe the owners have them surgically attached in later years, as a sort of doggie quinceañera.  I’ve been trying to gather photographic evidence of this phenomenon, but I don’t feel quite bold enough to really get up in the doggie junk, so the evidence is … fuzzy.  And even my furtive photo snapping leaves dog owners staring and my family lowering their heads in shame.  But here’s what I’ve managed to roll up so far: 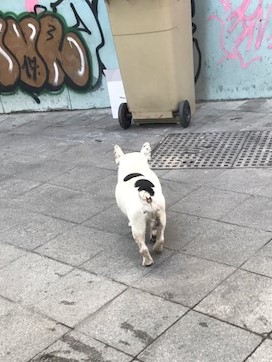 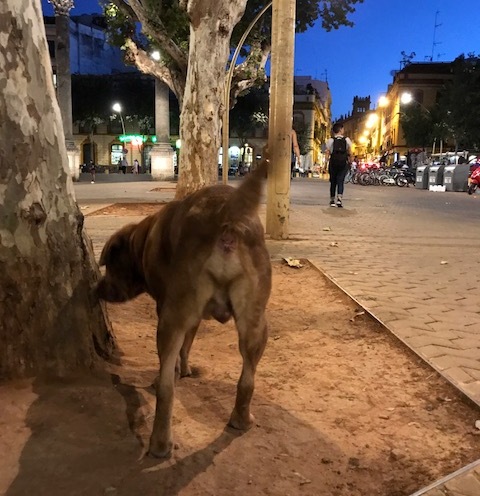 I’m not sure why this is.  Are the opportunities for reproduction so limited that the “spay and neuter” movement never took hold?  Have Catholic views on human reproduction and birth control filtered over to the canine world?  More research is needed.

Truck Size.  In the US these days you ain’t got a big car unless you rock something mas grande than a Ford Explorer.  But in Seville, where some streets would barely accommodate the passenger seat of an Escalade, many of the cars and trucks are small.  Not even Mini Cooper small: shell-on-a-scooter small.  Even municipal vehicles get shrunken.  I like this; I like seeing sanitation workers riding around in a Tonka Toy.   It seems so un-threatening and eco-friendly, in addition to being practical for navigating a medieval city.  And whenever we see a tiny truck we try to make Benji pose beside it, to throw off the sense of scale. 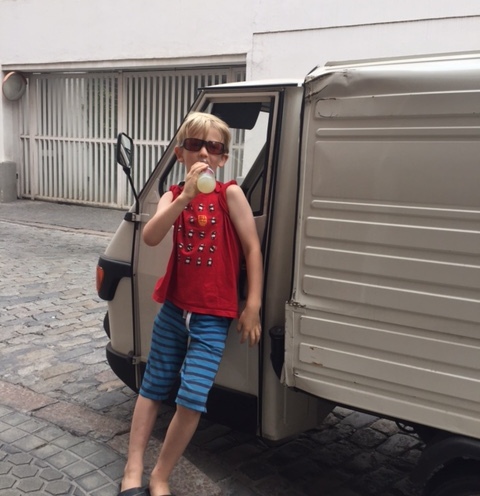 Sippin’ on gin and juice 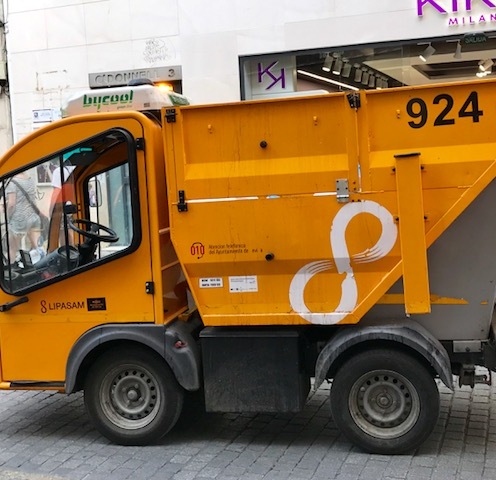 We plan to embrace this particular difference eventually by buying a scooter.  With a sidecar for the girls.  And a side-car to the sidecar for Benji.  And for Stella.  Poor nutless Stella.

That’s all for now, but don’t worry: I’m stockpiling more insights to release at the appropriate time.

One thought on “3 Points of Difference”