Spanish schools and most business were closed on December 8, for the Feast of the Immaculate Conception, so we celebrated by going to the beach.  On Thursday evening, after school let out, we drove from Sevilla down to Zahara de los Atunes, near Tarifa, on the Atlantic coast.  Ostensibly named for the tuna that are, apparently, very plentiful in May and June, the name of the town might also have derived from the size, comfort and structural integrity of the condominium development we stayed in, which bore some resemblance to a tunafish can.  The crafty landlord had avoided giving us that impression when we booked by posting photos of an entirely different development, with sleek white floors, spacious rooms and white furniture.  Nothing at all like our actual rental.

When we arrived around 9 PM on Thursday (after a 2 and a half-hour drive that felt longer), hungry and a little cold, the agent was nowhere to be found.  She finally answered her phone and then showed up 30 minutes later to let us inside.  No heat!  No WiFi!  No kitchen equipment!  We fussed and she moved us to a slightly better place, with a welcome basket that consisted of two half-eaten candy bars. But it did have WiFi.  And she gave us two space heaters, at least one of which we could use without blowing a fuse.  We swore we would leave the next morning, but then in the morning we walked down to the beach and it was so lovely we had to stay. 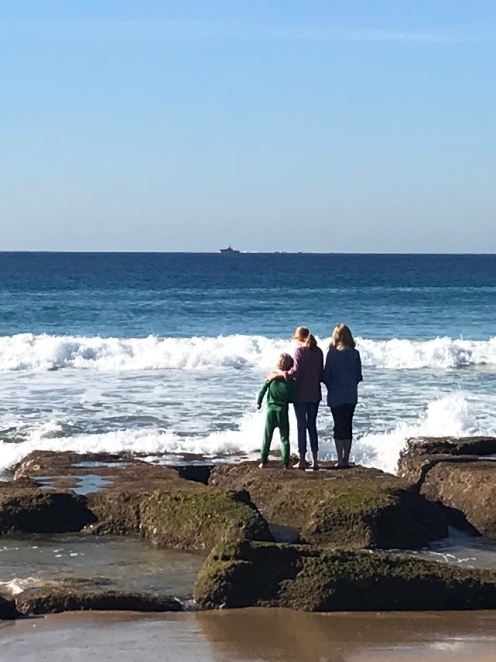 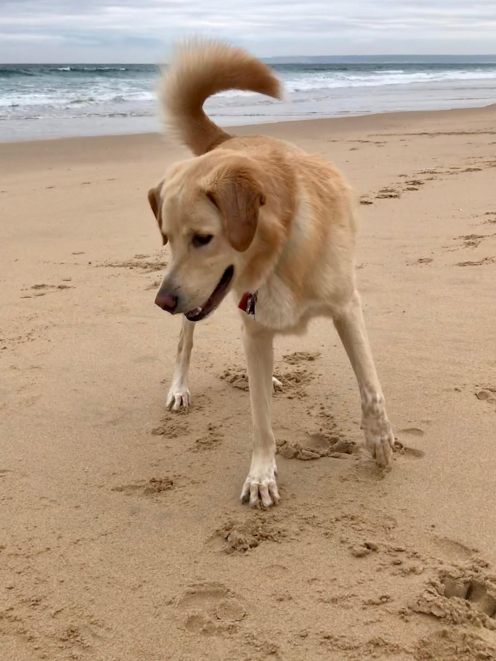 We spent a few hours walking on the beach, playing in the sand and climbing on the rocks.  Visible in the background of the photo just above is a World War II machine gun bunker and watch tower, now covered in grafitti.  After our walk we drove over to the nearby town of Bolonia, which had an even less developed beach and which was also the site of a Roman settlement.  Bolonia gets a strong wind that has formed some nice smoothed-top pines and also built up a huge dune that is migrating slowly eastward.  There’s also boardwalk that runs behind the smaller dunes.  From there we could see Morocco across the water, looking like a mountain range along the horizon line. 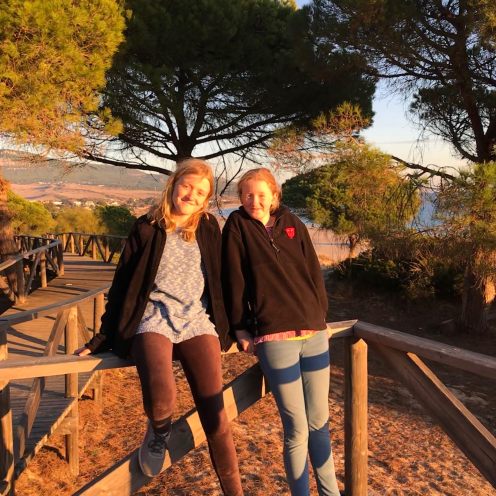 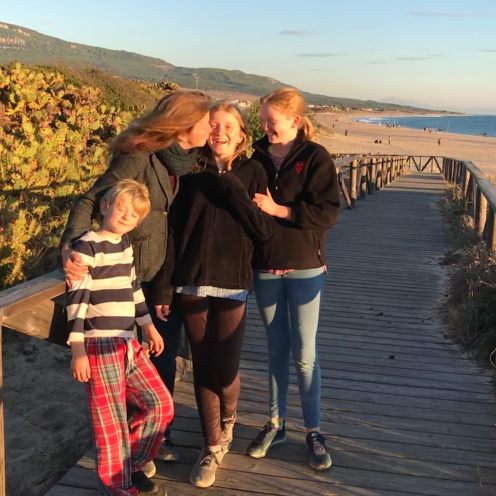 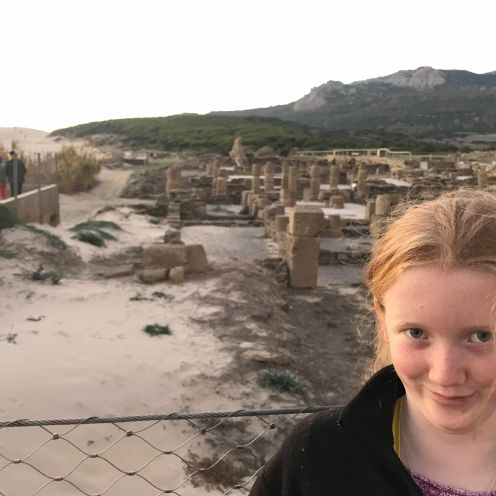 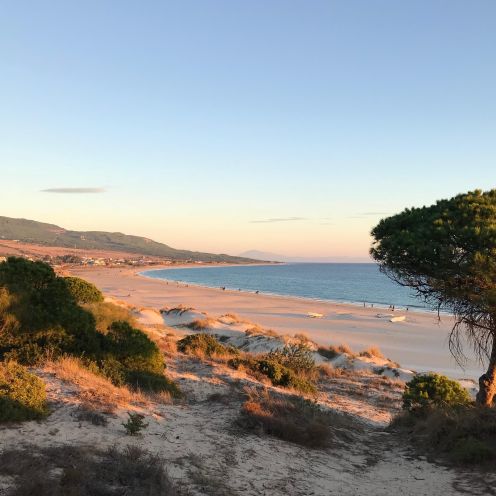 On Saturday it was overcast, so we explored the nearby towns for a bit — running into the owner of a small organic grocery near our house in Sevilla — and walked on the beach more, and then drove back to Sevilla.  We passed through Jerez de la Frontera, and . . . sadly, those who did not want to make time for a visit to the sherry bodegas outnumbered those who were looking forward to a few hours tasting fino and looking at barrels.  Next time.

Back in Sevilla it was rainy and then foggy.  The picture below is from an early morning walk with Stella in the Jardin de Murillo, named for the Baroque painter Bartolome Esteban Murillo, who grew up and trained in Sevilla.  The park has a large monument to Christopher Columbus, with a small metal boat arranged around two stone columns and then a lion at the top. 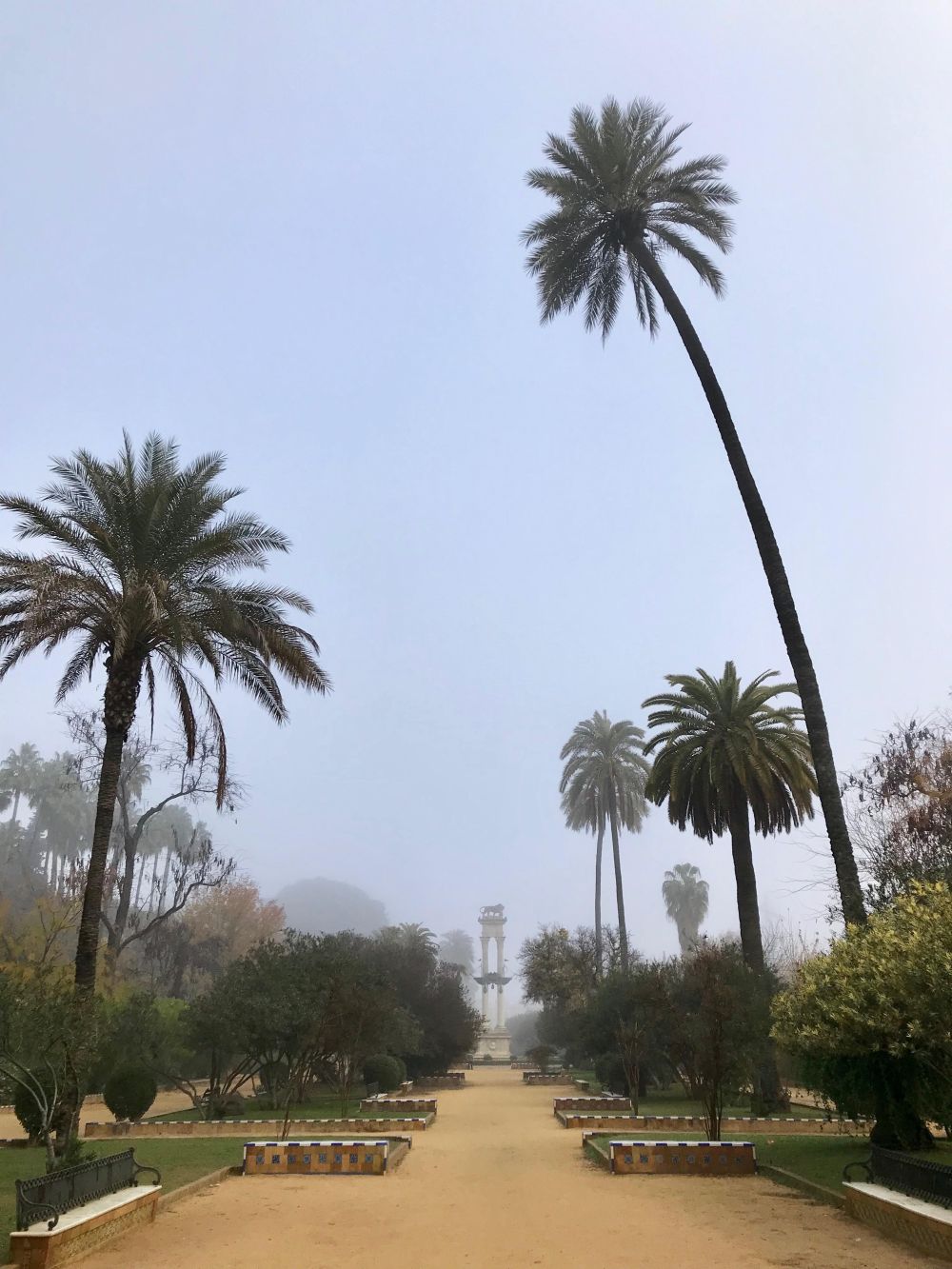 Oh, and back in Zahara de los Atunes we left the welcome goodies behind, untouched, to be passed on to the next lucky guest. 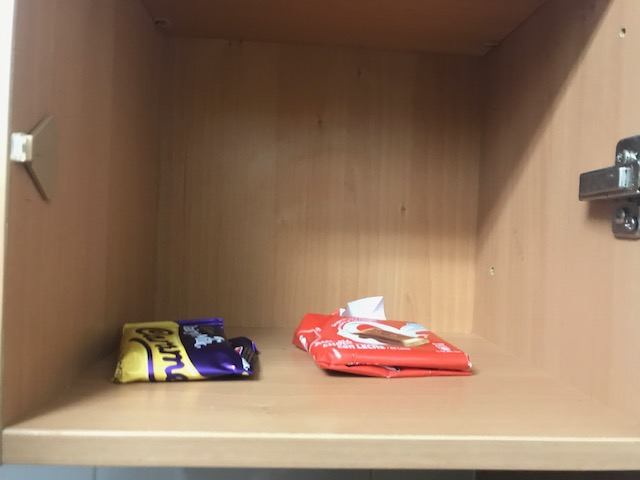 3 thoughts on “A Visit to the Atlantic Coast”