I was bicycling to my office last week, and stopped to visit the Jardin de Cristina, which is a triangle-shaped park that is wedged between my office building and the Hotel Alfonso XIII.  It is a large formal garden, with sand-colored paths, plane trees, boxwoods and fountains.  The monument at the main entrance is to the first president of the first Spanish republic, described as “the genius of the word and the liberator of the slaves,” apparently because of his skills as an orator and his dedication to the cause of abolition. 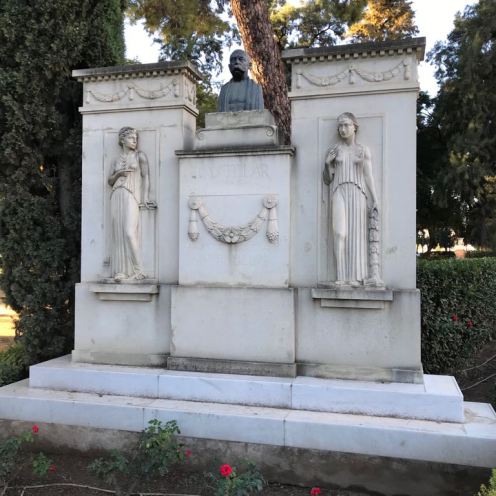 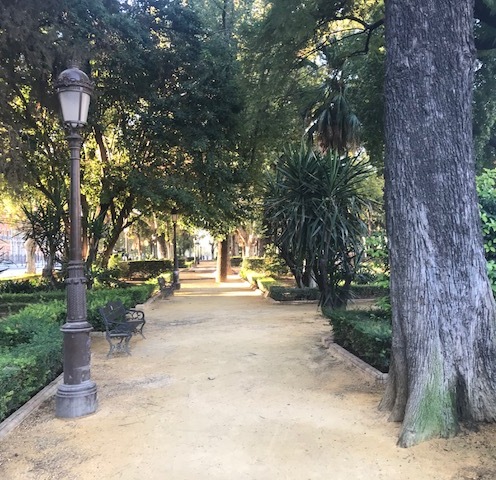 I love that oratory and abolition are the subjects for which the man is commemorated.  Brook observed recently that there are so many statues and monuments here to poets, painters, writers and musicians, and almost none to warriors, war or political figures.  It’s refreshing!  Of course, this could be the legacy of Franco, and Franco’s fall, and the desire to remove statues of him (which had probably replaced other similar monuments).

When I walked into the Jardin I realized: it’s a giant poet’s walk!  Each of the avenues in the park is named after a poet, and alongside each one there is a stone with the name of a poet and some of his (OK, in this case they’re all men) poetry. 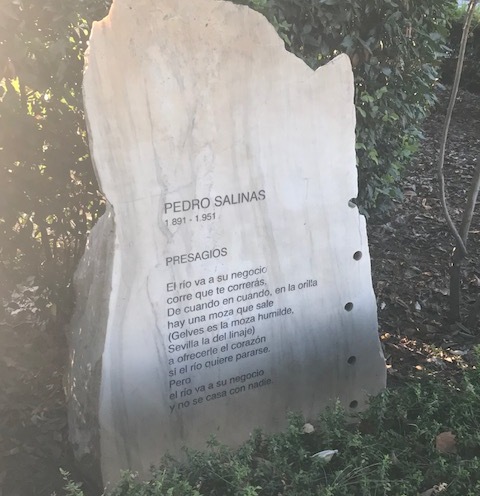 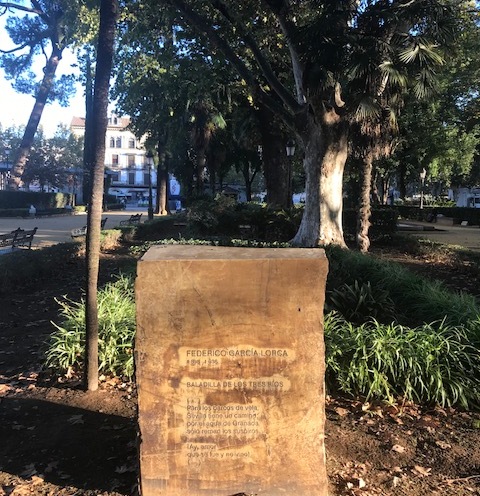 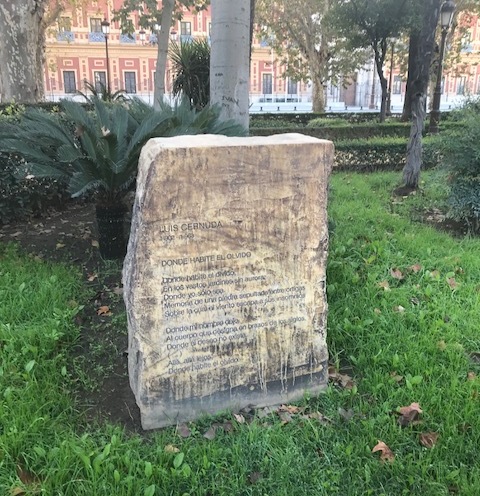 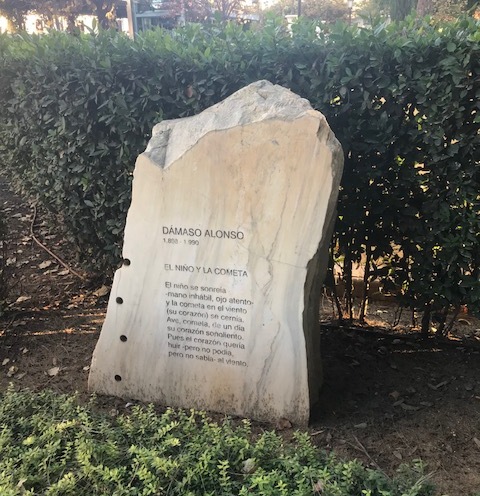 And speaking of delights, here’s Mimi in a silver motorcycle jacket, looking ready for the hot pink Vespa with sidecar that was being towed past our door and stopped for a moment in an unusual and fortuitous traffic jam: 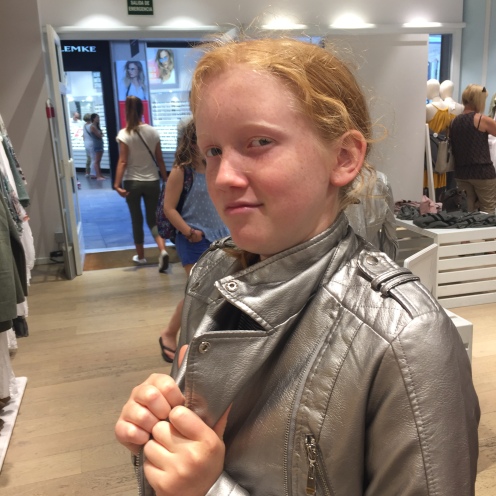 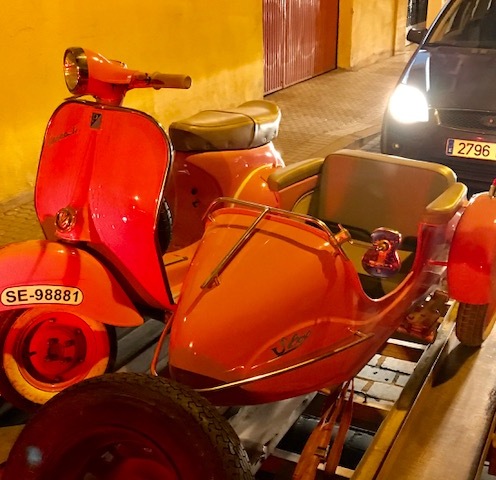 Ahhh, a Vespa.  It is really tempting!  It’s also true, however, that walking to and from the office, and to school, to meet for lunch, to the grocery store, are delightful.  Here’s my view of the cathedral as I walked home last night through the Santa Ana and Juderia neighborhoods: 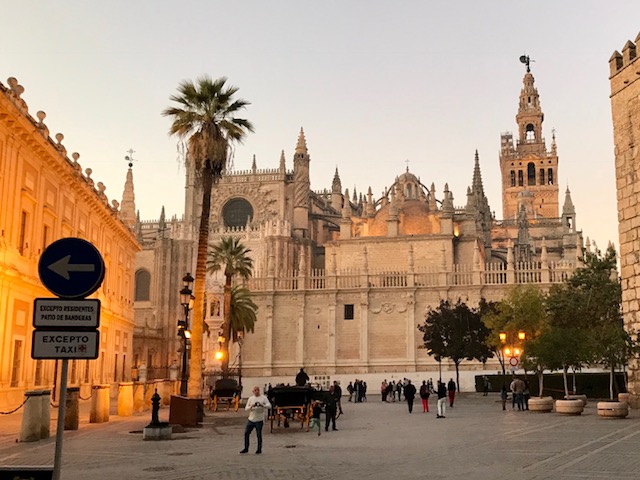 And some scenes from those neighborhoods, with people gathered to eat tapas and talk: 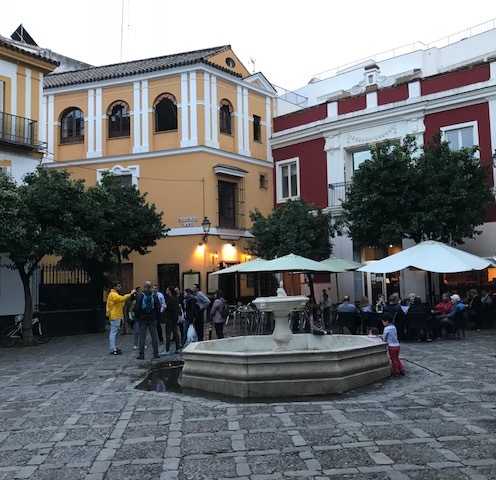 Of course it’s not all poetry and picturesque squares and delight.  Outside of the old city there are plenty of 1970’s (and later) constructions — plenty of “machines for living” — such as this apartment building across from Nervion Plaza Cinemas. 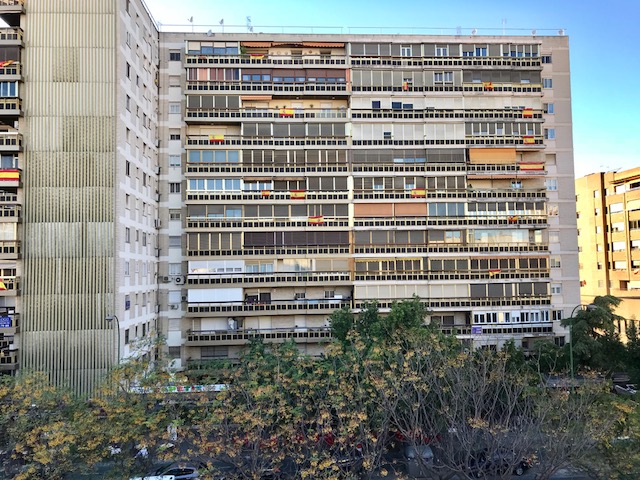 After continually trying to remember our way through the maze of streets in the old city,  through winding alleys and leaning 3 story buildings, it’s actually disconcerting to wander out into a land of planned avenues and apartment blocks.

But back at our house there is also this delight: Stella on her long-awaited and sorely missed bed.  She’s so happy to have once again a soft spot to rest her muzzle. 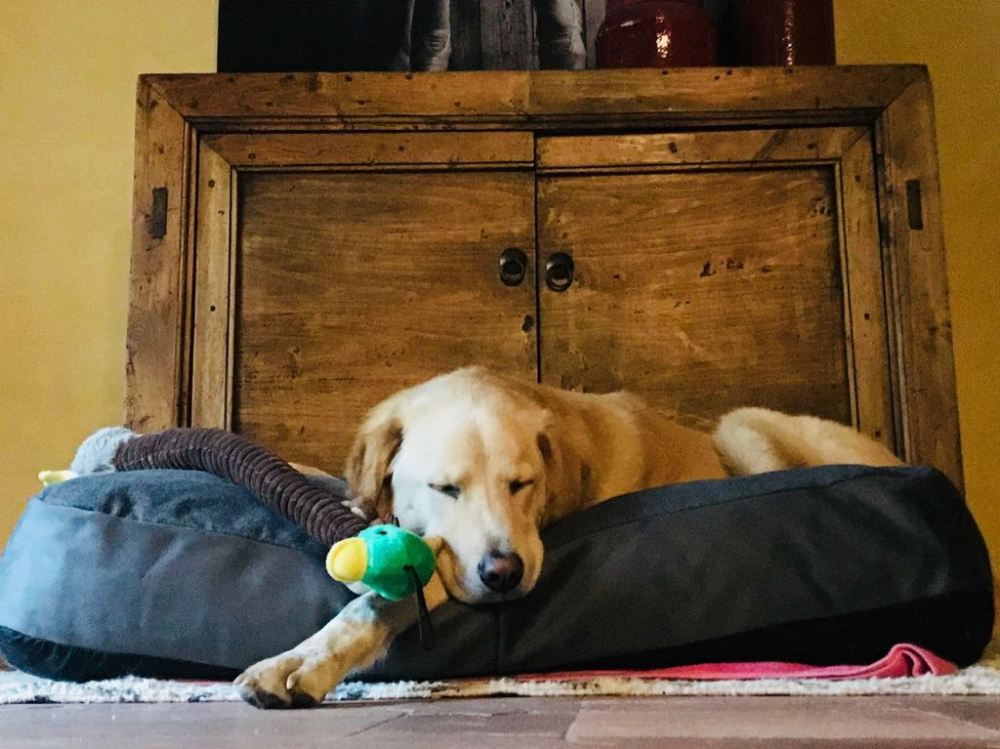