Our Spanish classes are in the morning, after which we come home for lunch and  quiet time.  OK, semi-quiet time.  Yesterday that consisted of watching “Say Yes to the Dress” in Spanish.

After that, while the streets are too hot for long walks, we visit the pool behind a neighboring apartment building.  The apartment building has a slatted-wood entry gate with an electronic key system.  We are meant to have access.  We have a key, but it doesn’t work, so Mimi slides her arms through the slats to let us in.  Which means we get the additional thrill of feeling like we’re getting away with an unauthorized dip.

Mimi was very proud of her “George Washington” look, which she achieved by rolling her wet hair forward.  She was also very happy to learn, at the playground (see next paragraph), the phrase “La chica es guapa.”  Repeated more than once by a boy on the merry-go-round.

After swimming we go for a stroll.  This evening we thought we might walk to the old cathedral — not for any architectural viewing but because we had a hot tip that the best churros con chocolate were found nearby.  But in the end we were too tired, so we stopped for gelato and then — after some spontaneous cavorting and hamming-it-up at a small playground / ping-pong spot — we came home.

While the girls and Benji were showering I took Stella out for an evening walk up to the top of Parc del Turo de Puxtet, just a few blocks (but a steep few blocks) from our house.   At the top of the park’s hill there are palm trees, one of which had a giant ramshackle parrots nest in it, full of squawking parrots.  There is also a great view out over the city to the sea.  If you expand the photo you can make out Sagrada Familia, with yellow cranes beside it. 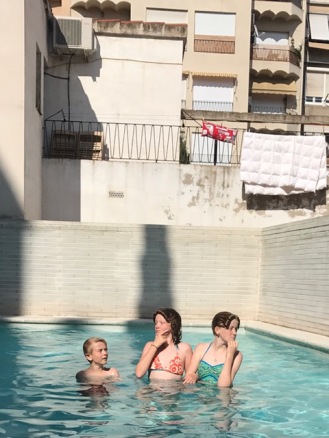 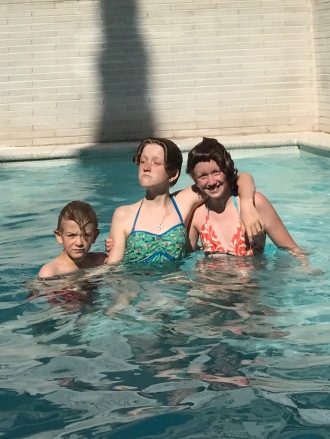 A proud “George Washington” with siblings 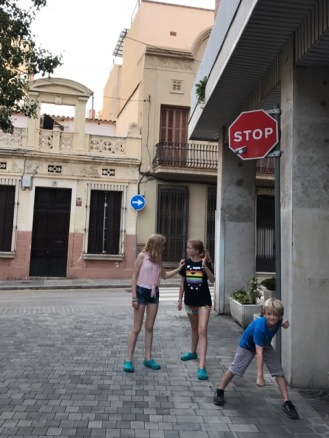 On the corner, Benji demonstrates a karate move to match the sign 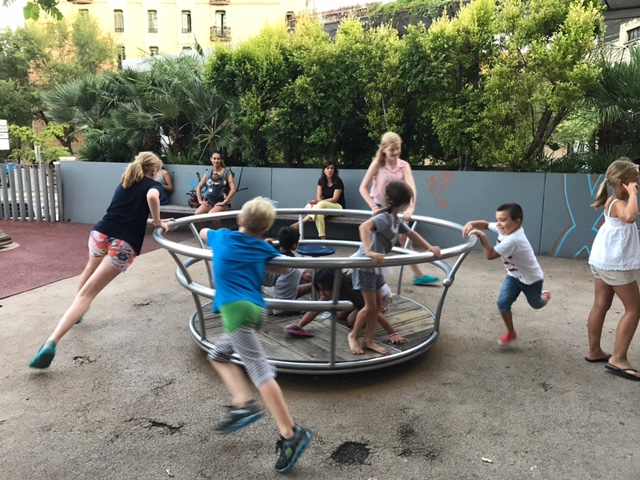 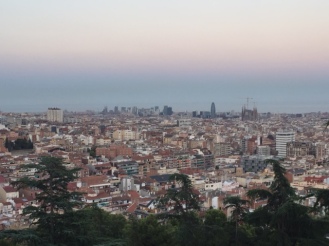 The view from “our” park, with Sagrada Familia on the right side. That’s the sea in the background, where the building stop 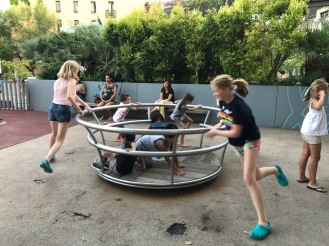 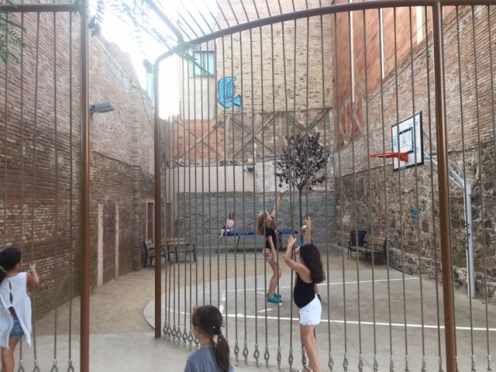 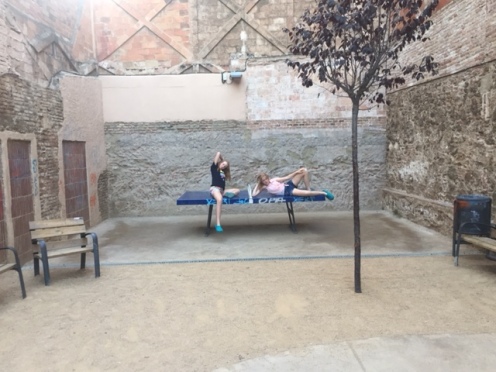